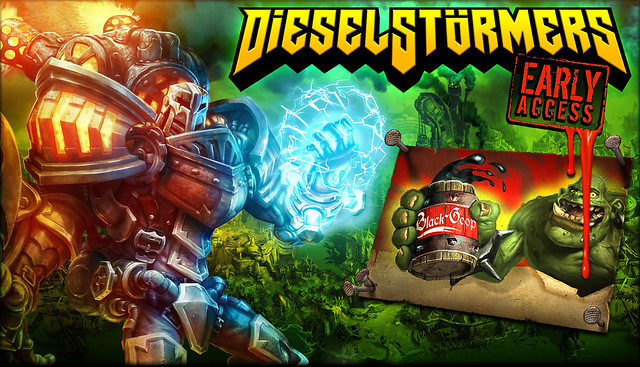 One of the games I was really, really hoping would finish their Kickstarter right proper was Black Forest Games’ DieselStormers. It’s a medieval, diesel-gothic action game for up to four-players, and it sports side-scrolling, Contra-style action, procedurally generated levels and customizable weapons. It’s a perfect party game for local or online players and it’s now available on Steam’s Early Access platform.

A lot of gamers have been clamoring for the return of couch co-op. It makes sense; a lot of gamers have friends or family over and they want to play a game, they want to get in on the good times and sometimes they don’t want to play Mario Kart 8. I know, but it happens… it really does. DieselStormers is the alternative to the typical “Well, we can play these Wii U games?” query that pops up whenever people realize that there just aren’t enough hardcore, action-oriented co-op titles on the PS4 and Xbox One at the moment (not until Diablo III: Ultimate Evil Edition drops, anyway).

DieselStormers changes up the formula by giving gamers full-on, orc-blasting action that you might expect from a Warhammer 40K title. I’ve got no complaints about that.

You can see what you’re getting in a brief trailer released below.

The game is available right now on Early Access – which means that Black Forest Games isn’t done with the title just yet, but they’re definitely going to deliver more than what’s there right now – for only $18.99.

The game will regularly sell for $24.99 when it officially releases next April in 2015. Kickstarter backers already get free access to the game since they helped contribute the funds to make it exist in the first place.

“We’ve spent years with a vision of Diesel, Orcs and Guns in our heads. Now we are finally at a point where we can share that universe with the community. But we intend to do more. It is our goal to involve the players intensively in our development phase. Until the final release we are planning to publish ten major updates.” 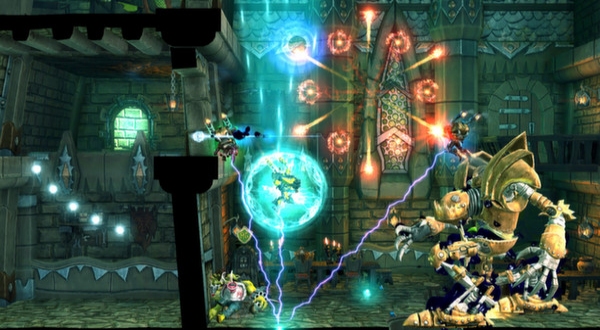 I’m just glad we have more diverse co-op games that isn’t Call of Duty. I’m also hoping this trend continues of gamers supporting and contributing to ideas that extend the above and beyond the standard-fare crap we’ve been receiving from the AAA industry. The tiresome and worn-out dredge of recycled factory rehashes, torn down from their creative structures into some shell of a thing that used to be the semblance of fun, but is now as decrepit and pitiful as the flayed, toe-less leather boots of a back-alley bum.

Anyway, if you feel like supporting a real company who makes real games, feel free to learn more about DieselStormers by visiting the official website. Want to test the game out for yourself? Pay a kind visit to the game’s Early Access page.