Destiny To Outsell Call Of Duty With At Least 15 Million Units, Says Analyst 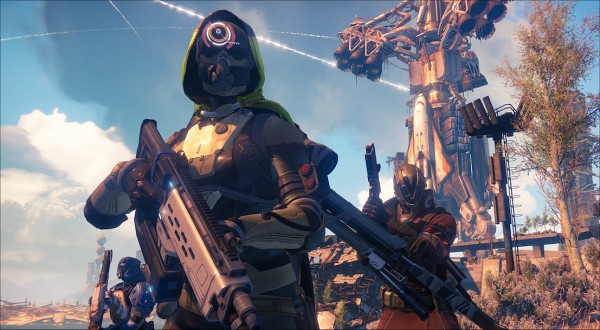 If you thought that Destiny was going to be huge this fall, you’re not alone. In fact, the guys and gals that get paid big bucks to tell most average people the sort of common-sense things that most of us consider common knowledge are actually starting to ratchet up the worth of their expertise by saying something that we may not have necessarily expected: Destiny could outsell Call of Duty: Advanced Warfare.

VG Chartz picked up a story from Venture Beat where analyst Doug Creutz from Cowen & Company commented about the potentiality of Destiny digging itself into a hole of historic sales, saying…

“We continue to believe that Destiny is a lock to sell at least 15 million copies,” … “And we now view 20 million copies as increasingly likely.”

That’s a very generous estimate right there… enough to easily help make bank for Activision and put the total revenue of the game at around $900 million, which – even if you took out all the other expenses from the $60 package – Activision will at least have made back the total 10 year investment of Destiny will this single outing… IF the game hits 15 million total SKUs sold.

The company has supposedly put around $500 million into the Destiny franchise, and there’s a likelihood that they could make that back on this first outing. Of course, the profitability of the franchise will only be measured on the success of its sequels, and that may or may not happen depending on how well the first game is received by both critics and the general gaming audience.

Creutz went on to say that…

“Now, we still think it’s unlikely that Destiny will match the actual unit sales of [Call of Duty: Black Ops II] or [Grand Theft Auto V] due to the cap created by a PS4/Xbox One hardware installed base that we expect to be 25 to 30 million units by year’s end,” … “We do expect Destiny to spur significant hardware unit sales of PS4s and Xbox Ones, and we expect Destiny to have very high attach rate to new-gen hardware.”

Personally? I don’t really get Destiny. It’s like Borderlands put in a wheelbarrow full of molasses and rolled along a dirt road called “mundane”. But hey, that’s just me. There are plenty of people who seem to be hopping onto the hype train like it was 2008 and “Barry” was only being thrown around by angry birthers.

At this stage of the game I’m more-so inclined to think that Destiny will do moderate sales, but could have a drop-off if the hardcore attachment rate and word of mouth isn’t very strong. If the core audience really digs the game and the word of mouth stays positive, then it’s likely to have a long tail-end in the sales department.

We’ll find out just how well the game will perform when Destiny drops on September 9th for the geriatric twins and the new-gen siblings. Need more info? Feel free to visit the official website.

2 thoughts on “Destiny To Outsell Call Of Duty With At Least 15 Million Units, Says Analyst”