My Name Is Addiction Hands-On Preview: Oh, It Goes There 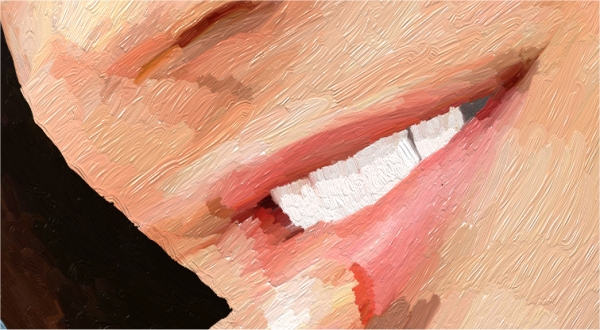 Not every gaming website out there likes hipster indie games; a lot of times you’ll be told what not to write about regarding certain titles. It means that you’re ultimately forsaking a large potential audience out there who may be interested in a game you would like to write about, but can’t. Nevertheless, here at One Angry Gamer there is no game that is taboo for the reasons of “ lacking pageviews” or not baiting enough for high “click-through rates” on the search engines. It’s why hands-on previews for even the most rare games can exist here – even if only on the brink of being a superficial preview due to time-constraints – and it’s why a game like My Name is Addiction can appear on this site more than just in passing on a weekly recap.

Indie outlet Cleril Calamity Studios is still going through the Steam Greenlight process with the game My Name is Addiction. It’s picked up quite a lot of heat since its early debut on Steam, and it has caused quite a bit of controversy due to its subject matter and the way it’s art-style presented. I was sent an early copy of the title from the developer to give some impressions.

The game itself isn’t really a game, it’s classified as an interactive visual novel; think of it as a playable version of a “Choose Your Own Adventure” book in the form of digital story art. It’s not a typical visual novel, either. It’s not about a hero and a villain or a simple tale of finding a lost love… it’s about pornography addiction… and the worst kind, too.

Things get complicated for the character when a potential, budding relationship comes into play, threatening to tear down his attempts at progress, not perfection. As both a purveyor and participator, players can choose the outcomes for the protagonist; choice is still a strong option that completely changes the outcome for the character. 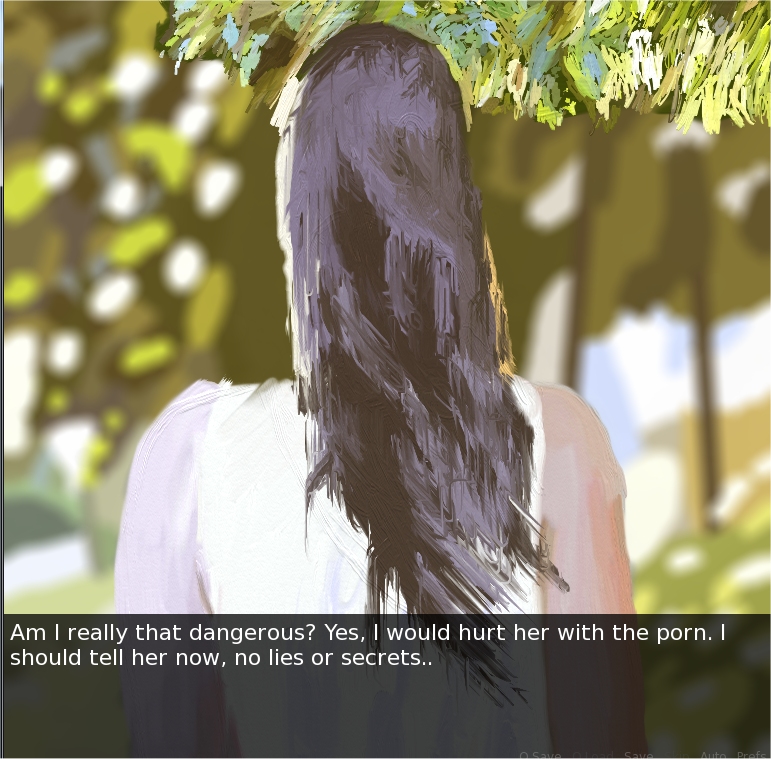 It’s easy to see the game as a typical, hipster, artsy-fartsy affair, but I have to admit that it handles the subject matter in an approachable, human way.

Additionally, this is not a visual novel where anyone under 18 will go in thinking they can see some “easy boobies”, because if that’s the intent you’re going to be sorely disappointed. While the game deals heavily with the weight of pornographic addiction and the subject material involved, it does so in relation to the psychological effects it has on a person, as well as how it affects the relationships around the person.

It’s a terribly honest game with an equally honest protagonist. It speaks volumes about an issue that’s usually passed over in most media in a joking or “disgusting” way.

The reality is that My Name is Addiction brings a very real problem to light with very real choices and real consequences, carried out in the form of a somewhat linear tale.

While the art is something that some players will or will not enjoy, like, hate, dislike, etc., I can say that the story itself is something that could easily spawn lots of discussion groups. It’s dark but honest subject matter that kind of deserves to have its place in the open; so why not on Steam and why not in the public?

I don’t think this is something everyone should experience, but for those curious about the toll addiction can take on an individual, as well as what it might be like for someone you know with such an addiction – My Name is Addiction isn’t a bad way to go about entertaining the discussion… or at least, starting the discussion.

The game is currently seeking upvotes over on Steam’s Greenlight page. If you’re apathetic to the cause you can ignore the link. If you feel you need to contribute, even if it’s only a left-click or two, feel free to show your support over on the game’s Greenlight listing.

Again, this isn’t a visual novel for everyone – for the obvious reasons of the adult themes – and the art-style really won’t appeal to all walks of interactive entertainment enthusiasts, but it’s worth checking out for those of you tempted to look further into the material itself.