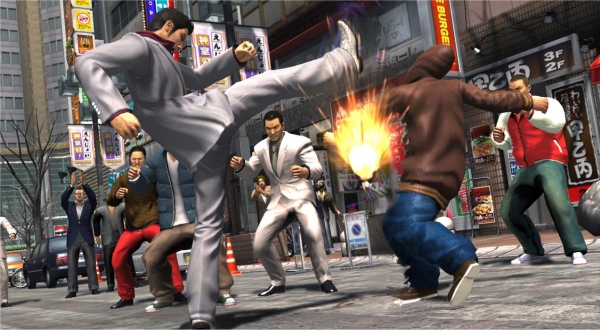 It’s not often that we get some sort of insight into what it’s like working on the other side of the fence. There’s a bit of a divide between what North American or European gamers experience and what it’s like actually working, neck-deep in the trenches of the Japanese development society. Well, one developer cracks open the pipe and lets a lot of inside information spill forth in a book called Japanmanship.

Over on the Gaijinpot blog a brief Q&A takes place with James Kay, the author of the Japanmanship book, where he briefly describes certain trends and practices that makes up for the current climate in the Japanese video game development scene.

One of the more interesting things mentioned in the Q&A is about the adaptation of different trends that does not seem to pervade Japan’s development scene, with Kay saying…

“I moved to Japan in 2001 to work in video game development, something I had been doing in the UK for a few years as an artist (CG designer as they call it in Japan). It was one of those dreams of working in the perceived gaming Mecca of the world. I worked at several Japanese development companies and learned a lot in my time here, but I always felt Japan was falling behind the West, especially in technology and work processes. I tried to influence the teams I worked in but to really make a difference I felt I’d have to put my money where my mouth is/was and so started Score Studios, alongside Paul Caristino, co-founder and fellow veteran developer.”

Kay explains that he also began blogging about the development scene and what it was like for him during that period of time. The blog is no longer active but he did take all those writings, musings and insight and compile them into a book titled “Japanmanship: The Ultimate Guide To Working In Videogame Development In Japan”.

Part of the description of the book reads as follows…

“Featuring detailed information on job types, resumes, job interviews, job descriptions, working attitudes, wages, bonuses, housing, banking and more this guide also brings you interviews with foreign game development professionals in Japan, editorials written specifically for this book as well as pertinent ones from the blog and an extensive company database with over 250 entries!”

It seriously sounds like some really interesting stuff. Anyone who has even the most remote interest in learning about Japan’s game design scene might feel like checking it out. It’s not like we get to find out a lot of what goes on behind the scenes over in Japan, unless it comes from Gematsu or Siliconera. Previously, there was the awesome site Andria Sang that used to provide some awesome content from Japan’s game development scene and other cultural related tidbits from the gaming scene in the land of the rising sun.

You can check out the Japanmanship book by paying a kind visit to the official Score Studios website.