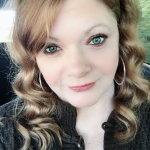 active 6 years, 2 months ago
I’m trying to stay awake… but my eyes are just betraying me… View