In early April I came across a post by @cmoneyspinner in which she discussed her first impressions of a site called BitLanders.

To be honest I’ve got more on my plate right now than I can cope with, so I wasn’t really planning to join another site. However the micro-blogging option appealed to me. I could write short posts of no more than 160 characters and include links to my work on other sites. And I could share my photos too. I’ve been looking for ways to earn money from my photos without having to write full length blog posts, so this was a huge attraction. After reading through their terms of service and privacy policy I created an account and started having a look around.

BitLanders has a strange system of earning money. Members have three “scores” at the top of each page:

Once a day you get a treasure box with a reward in it. As far as I can tell that is the previous day’s earnings, but I may be way off the mark.

Sometimes when you open a post or video you will see a smaller box to open. When you open it you will be rewarded with the princely sum of 10 BitMiles or $0.00001. I’ve seen some comments thanking posters for those BitMiles, so it would appear that the people who publish the posts are giving away points to encourage readers to visit their posts. For that small amount I see no point in doing so.

When I joined there was a quest box showing tasks I needed to do to earn a few gems – upload my first blog, mini blog, photo gallery and video. I’ve done all except for  the video and managed to get my total of gems up to 21. Since then I’ve seen no way to earn any more of them.

In addition there is a box for daily quests – visit BitLanders’ offers page, view 5 videos and 5 blog posts, and bring in friends to join the site. Each of these adds to your buzz for the day.

Initially I left comments on a few posts I visited, but I was disappointed to see that most members simply leave some sort of emoticon in the comment box. Part of the joy of the blogging sites I use has been seeing genuine discussions, and I haven’t come across any of those at BitLanders.

To add to my frustration I came across this comment in a post I read there: “At the moment, most rewards are given to users who log in from the USA and Canada.” As I don’t live in either of those countries it seems I’m at a serious disadvantage.

During the short period I’ve been a member of BitLanders I’ve been earning approximately $0.003 per day. Admittedly I haven’t been doing much there, but due to lack of genuine interaction I haven’t been motivated to do more. I’ve been questioning my decision to join the site and wondering whether I should bother to stay.

The last straw came tonight when I looked at my BitMile balance and discovered that it had gone DOWN by over $0.035, leaving me less than a cent over my starting balance of $1. Based on that mishap, I plan to delete the photos I’ve uploaded to the site. I probably won’t bother to close my account right now in case I want to share some links there, but I’m not sure it’s worth the bother.

I know that some people like the site and claim to make good money there, but I don’t recommend it. 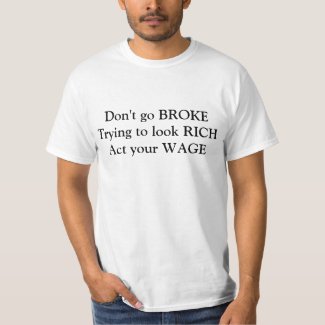