Freelance Writing and Social Blogging – A Look Back (and Moving Forward)

Taking a look back and a look forward and providing a report on my freelance writing efforts because there are still many out there who need encouragement and an extra push to get started.

Published an article via HUBPages trying to encourage others who might want to try their hand at freelance writing.

Of course, some would say the suggested online writing communities are not “real” opportunities for freelance writers. My advice? Ignore those remarks. My response to that would be: “A penny is a penny. A dollar is a dollar.” In other words, if it is your intent to use your writing skills to earn income, what difference does it make if you write 500 characters or 1500 words, as long as you earn.

Now there are those who have an expertise in a particular area and can offer their services publishing articles and earn consistent income from that. But you need not be discouraged if you can’t do that. In my HUB several online writing communities were listed where an amateur writer could at least get started. Some of those communities no longer exist, but if you talk to former members they would probably tell you that their experience was not a total waste of time. Many will likely say that their content was not lost or scrapped, and that they simply republished the material elsewhere because, after all, it does have value.

In my experience, Bubblews was site where income was never earned. But guess what? Some of my content was saved and republished elsewhere. A few bubbles have showed up right here at BlogJob. Examples?

Squidoo is another site that folded or rather, was acquired by HUBPages. Some of my content was re-published at HUBPages but some ended up right here at BlogJob. Examples?

Let me pass this on because you might have done the same thing. One of my very bad habits is that backup copies of my work were not often saved. The material mentioned above was able to be republished only because a backup copy had been saved at a site called the WaybackMachine. Do you know the URL for your webpage? You might be able to retrieve a copy of your work. No guarantees. But worth a try.

Seekyt was a very nice site that was purchased by another owner. Even though my pages were removed by me, when the management changed, others might find this community very enjoyable and worth their while.

Other sites like Daily Two Cents, Writedge, and Wizzley are places where my evergreen content is parked and my residual income is mainly coming from Google Ad Sense.  Samples?

Webnuggetz is a site that is much like an online shopping channel and it is a great place to promote affiliate products if you’re an Amazon Associate or you signed up to participate in programs like ShareASale.com.

MyLot was my alternative to PersonaPaper. But on January 30, 2016, PP decided to discontinue its monetization program.   (The owners were going to shut down but someone else bought the site.  The new owner did not restart the monetization program.) .   So myLot is no longer an alternative. Instead, it’s my preferred discussion forum.

In conclusion, the Internet has opened a whole new world for work-at-home entrepreneurs. Surely there is something profitable and productive for you to do on the world wide web. Dive in!

You Got This Modern Calligraphy Floral Notebook

* * Content above this point was published Feb 20, 2016.  The info has not changed. * * Link supplied below is an Oct 2017 update. Became an active member at a few forum discussion sites and it is proving to be a reliable means of generating extra income.  There are more similar sites but these are working for me. 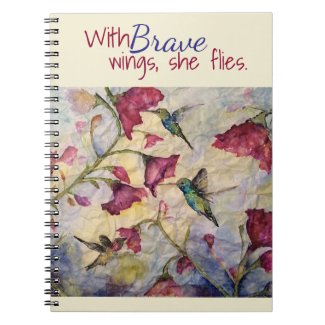