The Practice of Human Bondage: When Did Slavery Begin?

NOTE:  Below is my original copyrighted content which first appeared at a site called Suite101, which no longer exists.  Attempted to republish this content via YAHOO Voices and that site no longer exists.  Tried to republish at one of my stand alone blogs and my account at that site was terminated.  In other words, it … no longer exists.  Either because I never made a back up copy or because in the process of transferring my files from one computer to another (as I have damaged several pieces of hardware and my children just don’t understand how!), I accidentally destroyed my back up copy and so, my content disappeared.  I despaired of ever being able to recreate it and assumed that my writing work no longer existed, until finally stumbled upon a marvelous site called the Wayback Machine.  This site apparently archives old content and believe it or not … I found my work!!  YES!!!  Hopefully my content has now found its final home.

The featured image is a picture of chains at a place called “Holy Island Harbor”.  They probably weren’t slave chains.  You think?

When did slavery begin? Its practice was commonplace during biblical times as the Bible weaves intricate details into the accounts of daily lives.

Bottom line:  Slavery did not begin in America, and black people are not the only people who were ever enslaved.

According to West’s Encyclopedia of American Law, slavery is defined as: “A civil relationship in which one person has absolute power over the life, fortune, and liberty of another.”

The writer takes issue with use of the words “civil” and “absolute power” contained in the definition. The word “civil” should not be a part of the definition, and the phrase “has absolute power” should be replaced with something generic like “has been granted legal authority.” Fact is, we are all born with free will and it does not cease to exist because people find themselves captives, enslaved or oppressed. Therefore, nobody should ever have absolute power over another human being, which is why slave insurrections, revolts or rebellions are historical events just like slavery. The most notable historical example that comes to mind being: Spartacus.

Another definition extracted from Nelson’s New Illustrated Bible Dictionary is somewhat more acceptable. Slavery is defined as “A person bound in servitude to another human being as an instrument of labor; one who is no longer (considered by law or governing power) to be free and has no rights (i.e. no longer considered as having legal and/or human rights).” [Note 1]

When Did Slavery Begin?

In ancient times, secular historians record that slaves were usually war captives, i.e. “spoils of war”, the war victor claiming the “right” to the “property.” [Note 2] The Bible paints an intricate picture of the history of human bondage by incorporating the details of the practice of slavery as a routine part of daily life during biblical times. The Old Testament (or Jewish scripture), particularly the books of the prophets, have several accounts of Jewish people taken as war captives. But both Jewish and Christian scriptures show that slavery was commonplace and practiced in many different ways.

Slaves were easily purchased. Joseph was traded into slavery on the spot by his own brothers when they saw a passing caravan of Ishmaelites (Gen 37: 25 – 28).

More on this topic

The Hebrew people (Jews) had specific laws governing how they should treat their slaves, how slaves were to be granted their freedom, and what to do if a slave chose of their own free will to remain as a slave (Gen 24; 39: 1 – 6; Exo 21; Deut 15; Lev 25).

The Apostle Paul advised Christians who were slaves to try to obtain their freedom if it was possible; however, the slave should not run away or rebel against his or her master but rather submit and serve them. The Apostle also reminded the masters that they had a Master and that they should treat their slave/servant as their brother or sister in Christ, because their Master had no “respect of persons” and they were both accepted as equal in the eyes of their Master (Eph 6: 5; Col 3: 22: Tit 2: 9; Philem 1: 16; 1 Cor 7: 21; Gal 3: 28; Col 3: 11; Gal 4: 7).

Slavery, as a human practice, has existed for thousands of years. Finding a starting point on a timeline for when the practice of human bondage began? Research can be summarized with this statement: “The institution of slavery is as old as civilization.”

Gleaned from articles also published via Suite101.  Unable to find the content elsewhere on the Internet or in another format but want to give credit where credit is due.

Source:  “Eternal Slavery and Why It Endures” By John Anderson 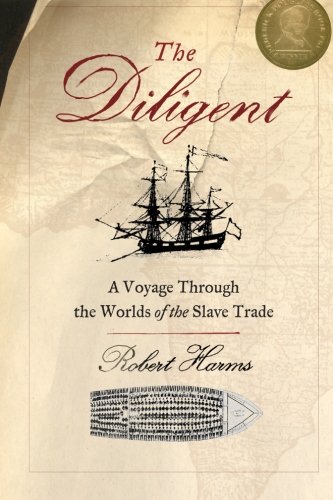 The Diligent: Worlds Of The Slave Trade